The clocks have gone forward an hour.

Why should this make us feel tired? It can take finely tuned athletes a week to 10 days to adjust?
Upon waking the brightness of the light is now as it was in mid February.

Early morning light exposure reduces the symptoms of winter depression and its this that is often to blame when the clocks jump forward an hour.
For thousands of years we have based our life around daylight not alarms going off to wake us up.
We have a twenty Four hour rhythm called circadian (roughly 24 hours) while our biological rhythm is our core temperature.
Myth
The rule of thumb one hour change in time zone, takes a day to adjust to is a very basic guide.

What actually happens is we now wake up an hour early but the real problem is we go to bed at our normal time, now an hour later for our internal clock than we have done for the last 5 months.
Our internal body clock has got used to a rhythm and now we have adjust our internal body clocks not just our clocks and watches.
The outside natural light is lower because we effectively are getting up earlier for our body clocks.
Our brain starts to wake up before we do, based on any natural light.
No wonder we find it hard when the alarm goes off!

How to overcome this is to try and get to bed 30 minutes earlier than normal so you will not be too tired when you wake up the next morning. Going to sleep earlier rather than late helps you accustomed yourself to BST quicker.

Stimulants like caffeine and looking at a PC screen, active television programmes that stimulate the mind or bright lights can delay melatonin.  This is a hormone produced in the small gland under our brains that is released and prepares us for sleep.

If you need a good reason to exercise then consider that a training session will help reduce these symptoms and speed up our body clocks to British Summer Time. 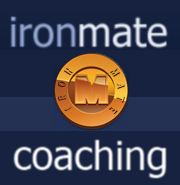